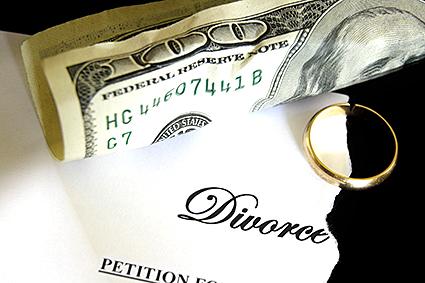 By Alan Frisher  –  Florida’s alimony laws were written back in the day – when women had little economic power, when divorce was uncommon, and cohabiting was scandalous. Those days are long gone, but the old-fashioned alimony laws – favoring permanent alimony, until death – linger on. Numerous articles have been published and horror stories have been written regarding the atrocities surrounding orders of permanent alimony. Lives have been lost, and families have been adversely affected for generations by such abusive orders.

The laws cause immense hardship for those who must support an ex-spouse until he dies or she dies, even for marriages of less than 10 years, even to healthy women who begin collecting at 33 years old. Hard to believe, but true. Too many alimony payers are forced into insolvency, bankruptcy, foreclosure, and into returning again and again to divorce court, when life circumstances change and they need to modify payments. Those who receive permanent alimony are never obligated to work and never required to become self-sufficient, even if they live with a new boyfriend, work, and have finished raising their children years ago.

Current alimony law, in Florida, is emotionally and financially harmful to many families. As an example, many couples who wish to tie the knot are forgoing marriage because, under current Florida law, income from the “new” spouse can go toward alimony payments of the ex-spouse.  The over 50,000 members of the National Parents Organization, the largest family law reform advocacy group in the country, would agree and say that they are the routine results of Florida’s antiquated laws.

The current alimony laws are unfair, not just to the payers but to their children, their new spouses – and even the recipients, who are told never move on with their lives, and who remain on lifetime welfare. The public thinks it’s unfair – and so do most of Florida’s legislators.  Twice now, once in 2013, and again in 2016 have Florida Legislators voted to update the laws with new limits and plenty of room for judges to make decisions in unusual cases. Unfortunately, Governor Scott vetoed the bill both times.  The first time he concluded that he could not support this legislation because it applies retroactively which he said, “could result in unfair, unanticipated results.”  The second time he did not support the bill because “It had the potential to up-end that policy in favor of putting the wants of a parent before the child’s best interest by creating a premise of equal time-sharing.”

Many lawyers know the laws need an update. They yearn for guidelines, and judges do too. After claiming that “changing our alimony laws would increase the need and cost of litigation, put primarily women at risk, negatively affect Florida’s children, and have disastrous effects,” leaders of the Family Section of the Florida Bar, after many years of negotiations and compromise on both sides of this controversial issue, now fully support this proposed law for alimony reform. That change in attitude and perception cannot come soon enough.

With attorney fees ranging from $200-$400 per hour on average, a typical divorce can cost a minimum of $20,000, with high income earner divorces costing in excess of $200,000. But it doesn’t end there. Current law favoring permanent alimony forces divorced people to become bitter enemies until they die. The laws and procedure surrounding divorce have become, (some say purposefully), so complex that any motion to modify an alimony order when circumstances change, as is so often the case in this economy, typically requires an attorney to be retained, at a substantial cost, with little possibility of ever getting a modification; it becomes even less so for an elimination of alimony

What we now have with our current law is a litigious model that allows for arbitrary and unbridled discretion by a judge, and condones continued litigation without end. The only people that stand to win with an adversarial approach to divorce such as this are certainly not the spouses or the children, but instead, the litigating attorneys who charge high retainers and hourly fees with the empty promise of being zealous advocates for their clients.

Alimony reform in Florida is necessary from a social, as well as economic standpoint as can be verified by the substantial number of cases that are tell tail signs of financially abusive orders and destroyed family lives.  We need new family law surrounding alimony that reflect changing social and demographic patterns, define substantial changes of circumstances to allow modifications and take into consideration the financial abilities for payers and receivers of alimony.

The unfortunate reality is that Governor Scott does not want any controversy in his last term of office, especially when planning to run for US Senate.  Because of its controversial nature, any proposed alimony reform legislation would, once again, be killed in committee before it ever got to his desk for his signature.  The 2018-19 Legislative Session may provide the foundation for another attempt at reform, but as of now, we don’t know who will be our Governor and whether he/she will be predisposed to allow for alimony reform.  The court of public opinion is still the strongest in the land.  We, as citizens of this great State, must continue to contact our Legislators and demand reform.

Divorce – The System is Broken