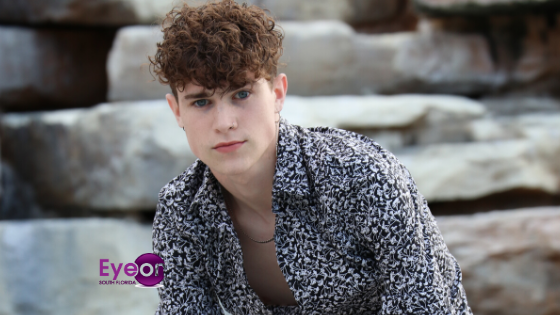 Exclusive One on One with Tyler Schrage

“Hey, man. Thanks for picking me up. It’s a little crazy around here,” Tyler Schrage says as he hops into the black SUV, clearly not used to the amount of traffic whizzing by. “It took me almost an hour to find you, and I got stopped by TMZ, because they thought I was someone else.”

He boasts more than a million followers on social media, and rubs elbows with everyone from Kyle Colver, to Luca Schaefer-Charlton.

Tyler Schrage isn’t your average 20-year old kid from Missouri. In fact, there’s nothing average about Tyler Schrage at all. In under 3-weeks, Schrage has been to 11-different States, mostly for high-profile photo shoots and interviews. His next stop; Costa Rica. He boasts more than a million followers on social media, and rubs elbows with everyone from Kyle Colver, to Luca Schaefer-Charlton. When I stopped to pick him up from LAX for this interview, Schrage stepped off the curb and into the SUV like he had been doing it his entire life. Dressed in designer brands, with charisma that explodes from all 130-pounds of him, it’s hard to imagine that he’s only been in the public eye for a little over a year.

Schrage was clearly well-raised. As we sit down at the first In-N-Out Burger we see, (Schrage insisted) it took less than 1-minute for a large group of girls to ask for photos and an autograph. Before he could finish taking selifies with them, another group walked up to pester him for the same. Schrage graciously shook hands with each of them, politely introducing himself, even stepping outside the restaurant where the “lighting is better,” so they would get the best photos they could. Schrage’s smile never waivers, and he humbly obliges each request, until long after his burger and fries are cold.

If someone is waiting to shake my hand or take a picture, they’re going to get that, anytime I can make it happen.”

“You can’t blow people off, man,” Schrage says, shrugging his shoulders as he sits back down. “I’ve seen some of the people I work with treat their fans like shit, even after they’ve paid a fortune to see them, and waited in lines for hours, just to have a minute of their time. I’ll never be that guy. If someone is waiting to shake my hand or take a picture, they’re going to get that, anytime I can make it happen.”

When I insist he wait for a fresh burger and fries (it’s his first time at In-N-Out) he grabs his cold burger and takes a huge bite. “I’ve put worse in my mouth, I promise.”

Schrage hails from a small town just South of St. Louis. His mother was only 17 when he was born. She owned a hair salon when he was very young, before switching jobs to work with kids with special needs.

“My mom is the greatest woman I know. Really, I’m not just saying that,” says Schrage. “She gave up so much to take care of me and my siblings. It couldn’t have been easy to have me so young,” Schrage beams.

When I asked him about his dad, he curtly replied “He’s a fucking asshole. We don’t need to talk about him.”

When I press him a bit more, Schrage’s demeanor turns to super serious. “My dad made me hyper-ambitious, competitive and hard on myself, but he’s a dick. He was a dick to my mom, my brother, my sister… I just wanted to get the fuck out of there. There’s nothing for me in Missouri. It’s toxic. I think my mom wishes I were closer to home, but she’s happy that I’m happy. I wasn’t happy for so long…” his voice trails off, almost as if it hurts to go back there.

It’s not like I’m out here trying to pretend to be a virgin.”

“Oh, and she thinks I’ve run off to L.A. to be gay. She asks me about my boyfriend every time she calls me,” Schrage laments, his eyes visibly rolling. “I mean, it’s 2020. It shouldn’t matter. Also, for the record, I’m totally single. 2020 is my year to focus on me. If I don’t look out for me, nobody else will either. Anyone that can’t understand that is getting left behind.”

So, you are or aren’t gay? “Oh, I’m not serving up my sexuality on a plate for everyone to feast on. I get plenty of attention from girls and also from guys. What I decide to do with that is my business,” Schrage quips. “Like I said, it’s 2020. Nobody gives a shit anymore. It’s not like I’m out here trying to pretend to be a virgin.”

When you spend your entire life trying to live up to an unreachable standard, or to be someone else’s idea of perfection, it really fucks with your head.

Then something odd happens, almost as if a light went off in his head. “I guess I just don’t want to be put into a box anymore. I did that to myself for 20-years. It feels like a prison cell. When you spend your entire life trying to live up to an unreachable standard, or to be someone else’s idea of perfection, it really fucks with your head. For the first time in my life, I actually feel free to be me. No matter what I do, someone is going to have a problem with it, so I might as well just say ‘fuck it,’ and be happy with me. I’m the one who has to look at myself every day.”

As Schrage finishes his meal, he says almost matter-of-factly, “The fries are shit, but the burger is off the chain. I’m not sure how you can mess up fries so bad. They kind of taste like Styrofoam soaked in kitchen cleaner,” he laughs. “That burger though… I could eat that every day for the rest of my life.”

The pinup poster boy that sits across from me suddenly springs to life, eyes glowing, with a smile that can’t be explained. “People keep saying how fake Hollywood is, but I don’t agree with that at all. It’s a place you can actually be yourself. Hollywood is the kind of place you shed all of your fuckery and be the person you really want to be. I’ve never felt more real or free in my life.”

“I’m just looking forward to my date with Jennifer Aniston “

When I press Schrage about his goals for the future, he replies candidly and without an ounce of sarcasm. “I’m just looking forward to my date with Jennifer Aniston. She’s, like, the real deal. When she booked Friends, she was barely older than I am now, and she’s worked consistently ever since. She’s one of the most talented actresses around, and she’s stunning, like, really stunning. Aside from that, I just want to become the best version of myself that I can be. I want to travel and meet as many people as possible, and really learn to love myself.”

“How does Jennifer feel about y’all dating,” I teasingly ask Schrage, in between sarcastic sips of pink lemonade.

“Oh, she doesn’t know about us yet, but I promise you, she’s going to be my favorite ex-wife, ever.

Tyler is a model/actor who gained his initial fame as a viral TikTok star. He will be shooting in Costa Rica at the end of the month for H&M. He boasts more than a million followers on social media.