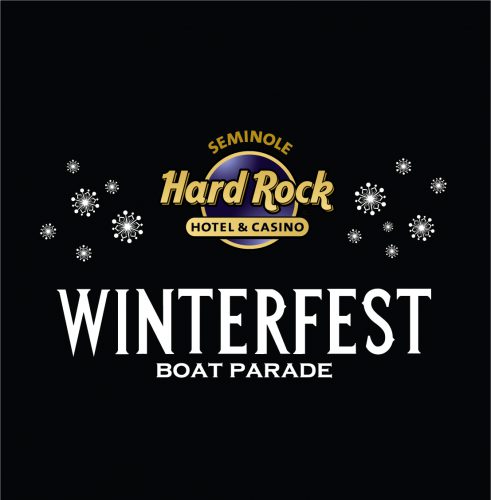 The Seminole Hard Rock Winterfest Boat Parade will stage on the New River in downtown Fort Lauderdale, along the docks west of Stranahan House to the Broward Center for the Performing Arts. The Parade starts at Stranahan House traveling East along the New River in Fort Lauderdale to the Intracoastal Waterway as it continues North to Lake Santa Barbara in Pompano Beach. It’s 12 Miles of the “Greatest Show on H20.” The parade takes approximately 2 and 1/2 hours to view from one location (starting locations stagger as you travel north.

Private boats to the giant showboats and corporate megayachts will be adorned with hundreds of thousands of lights, music, entertainment, decorations, celebrities, musical groups, beauty queens and many other exciting entries expected to be viewed by over one million spectators.