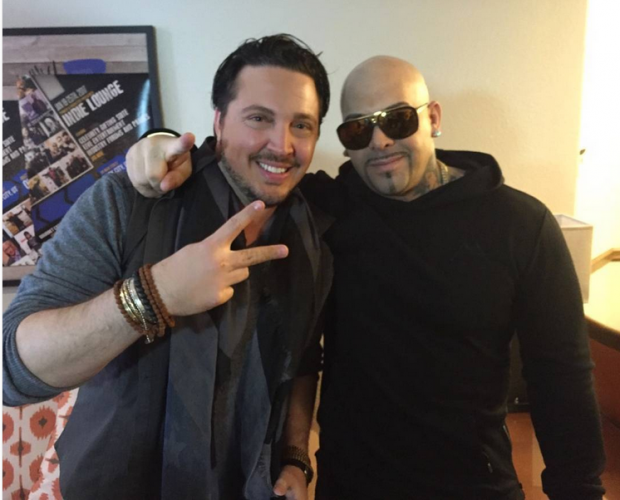 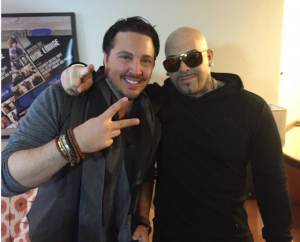 Host Max Tucci one on one with Mally Mall at #IndieLounge at Sundance Film Festival
Born and raised in Northern California, commonly known as the Bay Area, Mally Mall’s love for music evolved at an early age, heavily influenced by Bay Area legendary producers Ant Banks and Rick Rock. His career began with music and remains to be his true passion and motivation. MallyMall, his labels MallyMall Music and Future Music, and his innovative team have produced for a multitude of artists, from up and coming artists to veterans such as Snoop Dogg, Chris Brown, Tyga, Drake, Yelawolf, Bone Thugs in Harmony, E40, Usher, 50 Cent, The Game, Shawty Lo, Redman, Lupe Fiasco, Slim from 112 and the list goes on and on. MallyMall continues to diversify his assortment of sounds while working with many of today’s acclaimed producers, artists, and songwriters.
His business partner and close friend, songwriting extraordinaire and Grammy award winning producer Jason ‘PooBear’ Boyd, serves a as strong lead within the Future Music and MallyMall camp. He has created several Top 10 hits such as “Transform Ya” with Chris Brown, Swiss Beats, and Lil Wayne, “Peaches and Cream” by 112, “Caught Up” with Usher to name a select few. MallyMall increased his drive to persevere in the industry when long time friend and Bay Area Rapper Andre Hicks pka ‘Mac Dre’, RIP, passed away unexpectedly.
MallyMall has since successfully tackled the music industry and is simultaneously taking over the film industry by storm with his much acclaimed documentary “2 Turntables and a Microphone, The Life and Death of Jam Master J” alongside Executive Producer 50 Cent. MallyMall and his business partner Eugene “Big U” Henley have produced smash hits by teaming up with the likes of Snoop Dogg, Nipsey Hussle, Ladee Kaylea, Sean Cartier, and producer King David under their label Blu Magic Music.
MallyMall has earned the respect and recognition by Top Media Executives, Managers, A&R’s, Radio Personalities, and a roster of superstar artists internationally after many years of hard work, dedication, and diligence to the game. Currently, MallyMall is in the studio with various A-list artists such as YelaWolf, Drake, Tyga, Lupe Fiasco, Rick Ross, Meek Mill, Memphis Bleek, Pusha T, Cheetah, and 2 Chains along side Future Music’s up and coming rapper phenomenon Jazz Lazer. With the list growing at an uncontrollable rate, he still has time in his hectic and crazy schedule to Executive Produce his partner in Future Music Poo Bear aka MDMA (Most Devoted Musician Alive) and his debut as an artist. His unparalleled team is made up of the extraordinary talent such as powerhouse producers The Audibles and music groups such as Edamami, Jazz, Love, Pyro, 1500, DJ Franzen, Sasha.
– IMDb Mini Biography By: J P