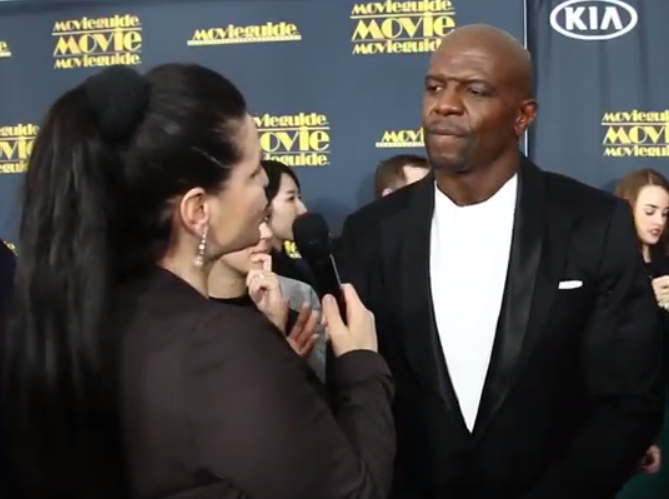 MOVIEGUIDE® is an international family guide to movies and entertainment. It’s more than just a website – it’s also a TV show, radio show and internet resource. Our TV show is internationally broadcast, cablecast and satellitecast. The MOVIEGUIDE® radio program reaches more than 21 million monthly listeners in the USA and it is carried by ten countries around the world. MOVIEGUIDE® reviews and articles are regularly republished in newspapers and on our website. Twice weekly e-newsletters go out to about a quarter million people every Tuesday and Friday. MOVIEGUIDE® is an international family guide to movies and entertainment. MOVIEGUIDE® had a Top 50 iPhone app. MOVIEGUIDE® reviews all current movie releases. It also has an extensive archive of past reviews all available on movieguide.org, as well as on the Movieguide iPhone app. We gear our ratings to parents but also provide information for the discerning adult viewer, including news from the entertainment industry; articles on movies, tv, cultural trends and beliefs; TV, print and Red Carpet interviews with current stars and filmmakers. WHO WE ARE Our advocacy organization provides a bridge between the entertainment industry and the traditional family audience. Many people don’t realize that the family audience represents more than 65% of the American population. As such, it is one of the nation’s largest demographic and marketing secrets. MOVIEGUIDE®’s founder and publisher, Dr. Ted Baehr, is the author of many books, among them What Can We Watch Tonight?, Narnia Beckons: The Chronicles of Narnia and the Lion, the Witch and the Wardrobe, Frodo & Harry, The Media-Wise Family and the recent How To Suceed in Hollywood (Without Losing Your Soul). He has been interviewed by Fox News, CNN, Hannity & Colmes, Oprah Winfrey, Entertain-ment Tonight, The New York Times, The Washington Post, USA Today and countless other media outlets. Dr. Baehr hosts the popular radio and TV versions of MOVIEGUIDE®. He speaks and teaches around the country and the world. THE AWARDS SHOW Each year around OSCAR® time, MOVIEGUIDE® hosts its annual Awards Show, where it rewards the best family-friendly movies and tv shows of the previous year. It also rewards the best films for mature audiences and awards the $200,000 Epiphany Prizes, the $50,000 Chronos Prize for Inspiring Screenplays by Established Filmmakers, the $50,000 Kairos Prize for Spiritually Uplifting Screenplays sponsored by grants from the John Templeton Foundation. . In addition to the awards, Dr. Baehr presents his highly anticipated annual statistical analysis based on the MOVIEGUIDE’s reviews. His analysis consistently shows studio executives and filmmakers that family-friendly, spiritually uplifting content can significantly increase the profitability of their movies. DR. TED BEAHR