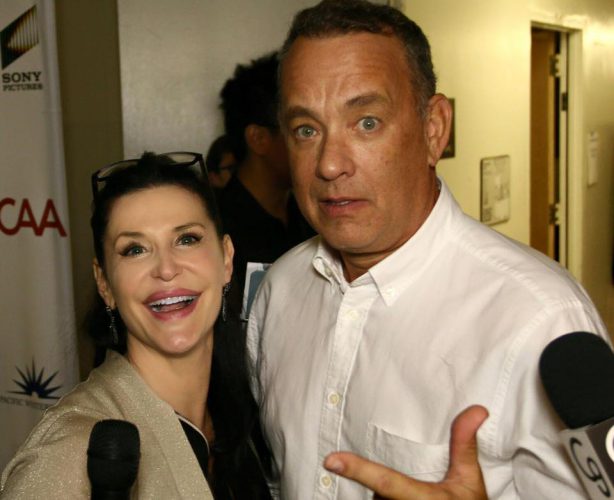 A SMOKIN’ SHAKESPEARE MOTOWN MUCH ADO 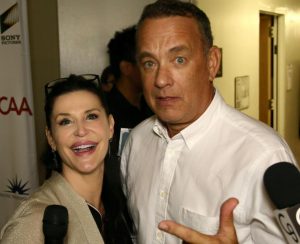 “As merry as the day is long!”

The hilarious entertainment of the evening offered improvised (and not very rehearsed at all – according to Jon Tenney!) Shakespeare, with songs featuring a Motown soundtrack provided by Smoky Robinson; and a divine cast of Tom Hanks, Rita Wilson, Martin Short and Christina Applegate. The question on everyone’s mind is still: how did they manage to keep a straight face through quite a condensed version of a Shakespeare classic, Much Ado About Nothing?

“Thou and I are too wise to woo peaceably.”

The event was the 26th Annual Simply Shakespeare Benefit to support The Shakespeare Center of Los Angeles, whose mission it is to “nurture personal growth, professional development and social change through engaging and accessible arts experiences inspired by Shakespeare plays and poetry”, with a special focus on arts-based veterans and youth employment programs. The twist is that the center creates plays and programs that “reflect and engage the people, landscape, and history of Los Angeles.”

“There was a star danced, and under that star I was born.”

As the gracious host, Tom Hanks, explained: “They do a substantial amount of work with students and they do a substantial amount of work now also with veterans, ‘cause we had a home at the VA for awhile. So now there’s a lot of people and they come and do special performances, of course, but we are incorporating the veterans backstage and some of them actually get on stage with the aim always in order to become a fulltime; if not professional, semi-professional Shakespeare company that will have a regular slate of performances as Los Angeles, any major city, deserves to have.”

The Shakespeare Center breaks all the rules, as rules are meant to be, and as the company is now considered a teenager by The French Reporter and Tom, it is quite fitting also. (Except the Macbeth rule, never break the MacBeth rule!) “We read it once, we stage it once, we perform it once.” Good thing you chose such an awesome cast! But the Center has a back-up plan, just in case. “We always have some brand of legendary musical act that comes in and incorporates it. So it’s a double-whammy.”

“Is it not strange that a sheep’s guts could hail souls out of men’s bodies?”

This year saw the legendary Smokey Robinson (“Who doesn’t want to sing along with Smokey?”). Christina Applegate gave us the details: “So we get a free concert, and then we’re sharing the stage with like, some of the best people in the world! So why wouldn’t you want to? Plus it’s just really fun!”

“To be a well-favoured man is the gift of fortune; but to write and read comes with nature.”

As Hamish Linklater rightly pointed out: “Children of the future will benefit from more Shakespeare being gotten out there and that’s what the organisation is all about.”

If you missed this year’s show, be sure to keep tabs on The Shakespeare Center’s website at www.shakespearecenter.org for more information and to catch tickets to next year’s show. You’ll be glad you did!