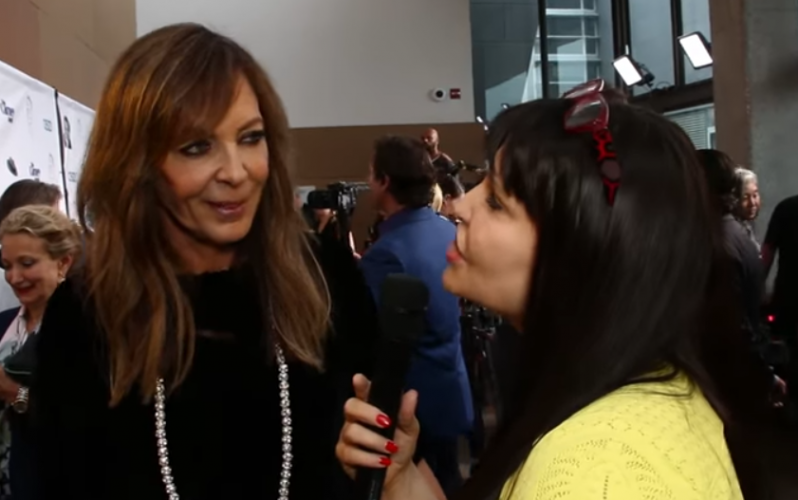 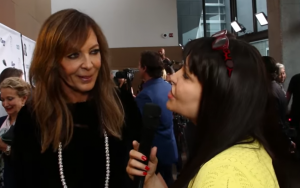 Santa Monica, 29 October 2017 – Jackie, the French Reporter, was on hand to catch all the serious talent on the red carpet at the 3rd Annual Carney Awards this Sunday. For serious movie buffs, the Carney Awards – named after Hollywood legend Art Carney – is the one to watch as it honors the best of Hollywood’s character actors, without whom no story could really come to life on the silver screen. This year the honorees included William H.Macy, Wiliam Fichtner, Wendy Malick, Richard Kind and Xander Berkeley.
The depth of talent and familiar faces everywhere on the red carpet made it very difficult to know where to start. As Dan Lauria (Jack Arnold in The Wonder Years) puts it: “This is just actors honoring other actors. It is about acting.”
One of the evening’s honorees said of his fellow craftsmen and women: “You know I’ve seen all these people in the waiting room as they’re all about to go up and this is great. And they are people who I admire, people I’m jealous of, people I am honored to stand by.”
“This award illustrates what it takes to be an actor with longevity, and not be the star of the show but just be a great character actor, actors that just go the long way and do as many different roles as you can do, and that’s the beauty of being a character actor, and that’s what these awards represent and that’s what these awards congratulate,” describes Ray Abruzzo.
Erin Murphy added, “Carney Awards is an award show that honors actors that aren’t typically honored. It’s the character actors; they’re the ones where you know their faces but you don’t really know their names.”
Elvis Duran of the Duran Group, one of the joint production partners of the Carney Awards (along with Radcliffe Road Pictures) said of the awards: “The actors, they bring the script to life. And you know what, it needs much more than just a lead, you need other people, to lift the storyline, to lift the lead actor. And this is what these character actors have been doing for all these years and they never really, truly got the recognition they deserve. And that’s where the Carney Awards were born!”
And the best advice these true giants of the industry can offer to a young actor?
“To persevere, to be tenacious, to keep your head up and to forge ahead because it’s not easy if it was everybody would do it,” offered Titus Welliver, these days are known as a crossover character to lead actor for his title role in Bosch.
William Fichtner (host of Top Gear America), a perfect example of Titus’ advice added: “No means nothing!”
And if you’re not sure? “If you can see yourself doing something else, do that. But if you can’t see yourself doing anything other than acting, then stick with it.” The wise words of Marlon Young (Trent Vaughn in Survivor’s Remorse)
For more important topics and interesting events, please follow Jackie Watson, the French Reporter, on Instagram /french_reporter/ or Twitter @ twitter.com/French_Reporter
Written by: Miquette Caalsen