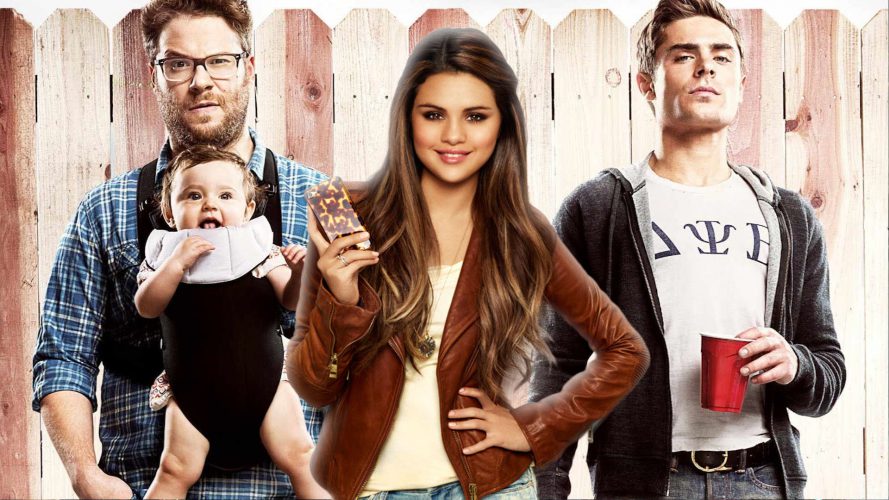 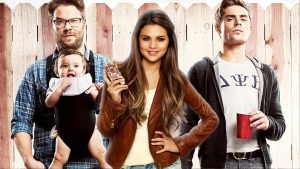 NEIGHBORS 2: SORORITY RISING’ MOVIE REVIEW
Let’s get this party started with Neighbors 2: Sorority Rising! Are you ready?
‘Neighbors 2: Sorority Rising,’ the sequel to the 2014 comedy film, ‘Neighbors,’ will have you rolling on the floor laughing … totally!
Life has been blissful for parents Mac and Kelly Radner (Seth Rogen, Rose Byrne), who are now expecting their second child, until a group of unruly Kappa Nu sorority girls, including Chloe Grace Moretz’s Selby, move in next door. With the expansion of their family, the couple had planned to sale their home and move into a larger one, but the arrival of the sorority girls are about to put that plan in jeopardy.
When the girl’s loud parties and pot smoking begin to threaten the sale of Mac and Kelly’s home, the couple enlists the help of their old nemesis Teddy Sanders (Zac Efron). Together, the trio devise plans to kick the girls to the curb and out of the neighborhood. But, unfortunately, the out of control girls refuse to go down without a fight and the trio quickly learn that sorority girls fight down and dirty. The new sorority, it turns out, is more debaucherous than Teddy’s old fraternity. And so the war begins as both houses seek to wreak havoc on the other.
Antic after antic, scheme after scheme, and prank after prank all lead to a belly full of laughs and a comedy that’s even better than its predecessor.
Watson Headquarters gives this film a huge ‘two thumbs’ up!
‘Neighbors 2: Sorority Rising will be rumbling into theaters on May 20th. You won’t want to miss this one!
—Written by: Valerie Roop