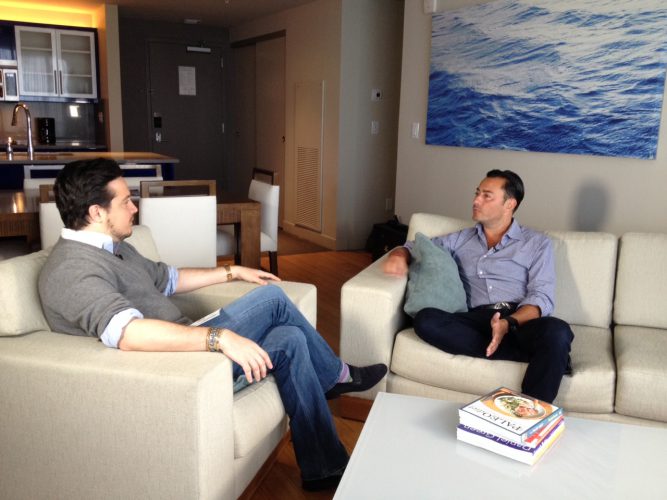 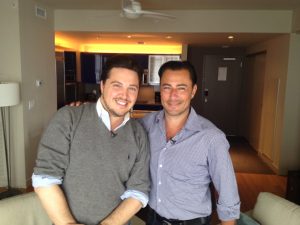 About Daniel Green:
Daniel Green, Internationally known Chef, Host, International Television Personality and Award Winning Author also known as The Model Cook™, is a Healthy Eating Expert and world renowned Television Celebrity Cook in England, Thailand, Malaysia, Singapore, Hong Kong, Dubai and the USA. In addition to being an expert in the culinary world, he is a nationally known host/personality on ShopNBC as he has been selling multiple products LIVE for the past 8 years achieving prime time host status and securing multi millions of dollars in sales. Making appearances on talk shows around the world, planning meals for 2 major international airlines and developing in-room dining for a 5 star hotel chain in Asia has cultivated an international fan base.

Currently, Daniel is based in the US and is a full time presenter for ShopNBC, one of the top luxury home shopping channels in the US with a media penetration of more than 86 million homes where he quickly accumulated a long list of fans. As the resident Chef, the growing popularity of the kitchenware section led to an inauguration of a culinary program titled Daniel’s Kitchen dedicated to showcasing Daniel’s healthy eating recipes using the kitchenware sold on ShopNBC. Over the past 8 years, the channel has utilized Daniel’s personality in additional areas selling watches, electronics, home wares, supplements, jewelry and handbags. On air in 3-hour, live slots 4-6 times a week, Daniel has clocked over 9,000 hours of live hosting bringing out guests to showcase themselves and their new products and flying solo as a primetime Host. He is responsible for millions of dollars worth of sales each year. He is the #1 or #2 host depending on the product (translation: a lot of fans.)