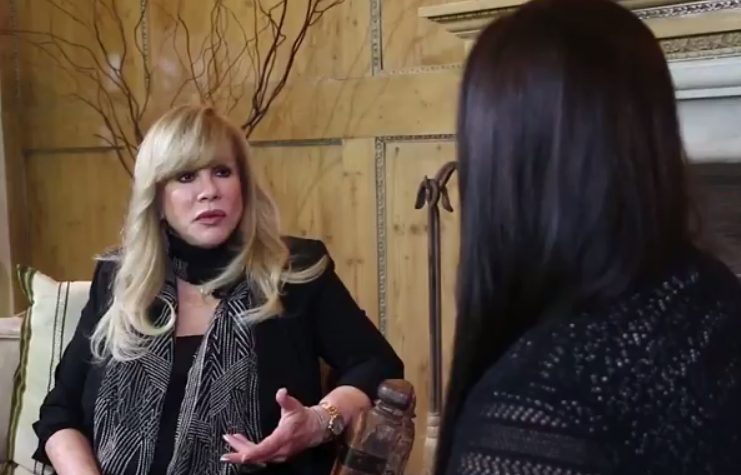 Few women have dared to rise from their recliners, take hold of the television knob, and attempt to change the channels of the media industry, forever. In fact, there is only one woman who possesses such bravery and zeal, her name is Daphna Ziman.
Daphna Ziman is the co-founder, chief creative executive and president of Cinémoi, a 24-hour exquisitely innovative network dedicated to curated films, high couture and international lifestyle. She is also a dedicated philanthropist, author and outspoken activist.
In a recent interview conducted inside Ziman’s Beverly Hills home, Jackie Watson, the French reporter, sat down with Daphna to discuss several topics such as the birth of Cinémoi, the current state of the media industry, and the impact that corporate conglomerate mergements may have on the industry’s future.
Ziman first arrived on the media scene via the network waves of Cinémoi. The idea behind Cinémoi was birthed by Ziman’s disappointment of the negative and inferior ways of which women were often personified on television. This negativity prompted her desire and determination to ‘give something back in a meaningful way’ to the world. She felt she could accomplish this by lifting up the images and spirits of women by depicting their interests, strengths and capabilities. In essence, Ziman’s goal was to create a channel which would raise the media bar through acts of aspiration and inspiration.
Another of Ziman’s many successes is the creation of the CineFashion Film Awards. CineFashion is an exciting new world of film making in which young talented people from all over the world combine music, art, fashion and film that will ultimately become legendary. It is so extraordinary that, “It takes film making to the next level,’ says Ziman. CineFashion fever is quickly rising as it has caught the interest and support of many celebrities such as Samuel L. Jackson, Beverly Todd, Radha Mitchell, Carmen Electra, and Aaron Carter.
Ziman has also played a key role in legislating against the AT&T acquisition of Time Warner. This proposed merger is a business strategy for large corporations which threaten the survival of independent programmers by silencing innovators in their infancy.
You can check out Cinémoi’s 24-hour network on Channel 236 of the Verizon Files, Frontier, and Amazon Prime – which will be available to subscribers very soon.
—Written by: Valerie Roop (twitter @twitter/vroop33)