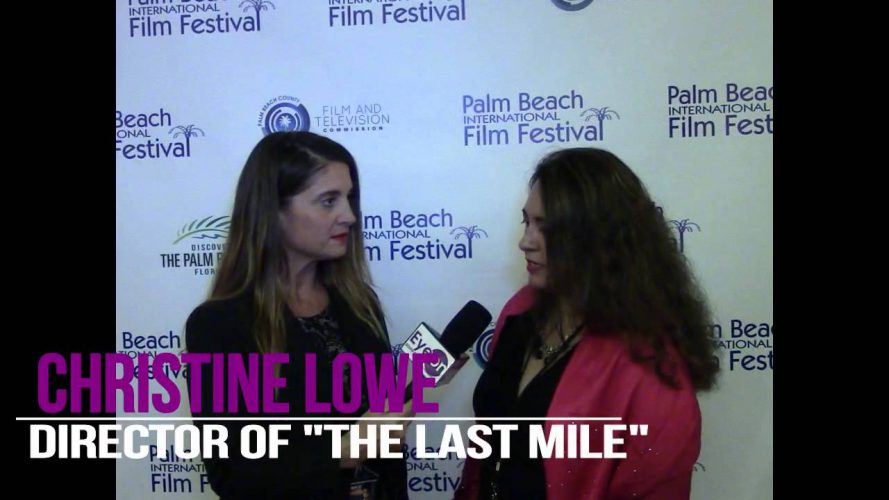 Palm Beach, FL– The Palm Beach International Film Festival is here! The festival is a week long event that hosts films from around the world. Producers, Directors, and Actors from all categories of film making backgrounds. The film festival has grown by leaps and bounds over the years. With the addition of new categories of films to view and theaters to show the films the festival is a success story on it’s own. Larry Richman who reps the film fest says, “this is a sophisticated crowd filled with elegant people who care about quality film making, and we have delivered that to them.”
Many directors were walking the red carpet on opening night. The films ranged from real life documentary such as “The Last Mile” directed by Christine Lowe to docudrama that touch the heart “When Elephants Were Young”, directed by Patricia King. I was on the scene and had a chance to catch up with both of these talented directors on the red carpet and their full interviews can be seen in the attached video.

But the night belonged to the Film Festivals Premier movie “MONEY”. Producer Atit Shah & Director Martin Rosette. Rosette previous film “Voice Over” won over 100 awards in various festivals from around the world. Shah is a film producer and the CEO of Create Entertainment. Create Entertainment has five feature films and a television show releasing in 2016.
The movie “MONEY” unfolds at a lightning clip and is a paced thriller that has underlying themes of greed & corruption. The setting is a family dream home with a couple who is there for a small dinner party. An uninvited guest comes to the door (Jamie Bamber of Battlestar Galactica). The film pits two pharmaceutical employees who are trying to steal 5mil dollars from their company, against one another (The Twilight Sagas Kellan Lutz and Grey’s Anatomy’s Jesse Williams). Stuck in the middle are Lut’z shocked wife (Somebody Up There Likes Me’s Jess Weixler) and William’s clever date (Spanish TV star Lucia Guerrero). The cast gels together to create a storyline that is gripping and compelling. How would you handle the opportunity given all that MONEY?
For more information on this film and so much more please visit www.pbifilmfest.org