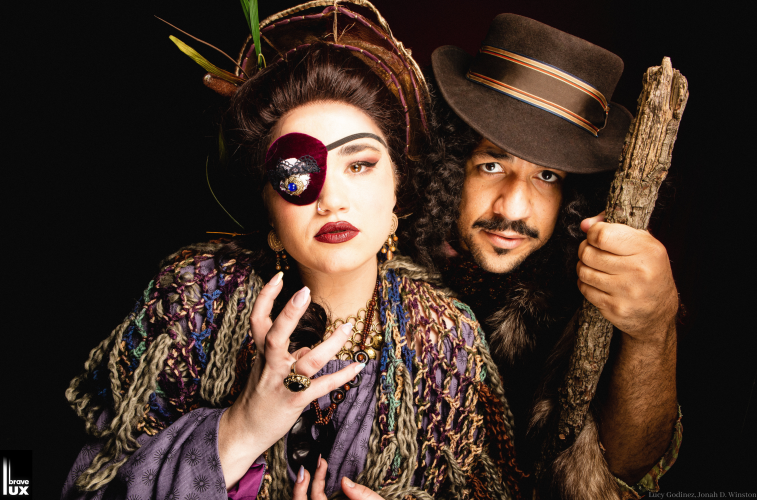 Big Fish, a Musical, Takes Stage at The Marriott Theatre

Do you love Tim Burton? Do you love a wonky musical? Were you obsessed with Little Shop of Horror? If you answer yes to all three, then, it’s time to head to the Marriott Theatre! A Tim Burton Classic, Big Fish will take the stage at The Marriot Theatre, previewing Wednesday, January 25, opening Wednesday, February 1 at 7:30pm, and closing March 19, 2023. Tickets are now available via their website.

With a book by John August and music and lyrics by Tony Award nominee Andrew Lippa, BIG FISH is based on the film screenplay by August and the celebrated novel by Daniel Wallace. The production is directed by Henry Godinez and choreographed by Jeff Award winner Tommy Rapley, with musical direction by Jeff Award winner Ryan T. Nelson.

Twisting together two timelines, BIG FISH tells the story of charming traveling salesman Edward Bloom, who lives life to its fullest (and then some!), and his relationship with his adult son Will. In present-day Alabama, sixty-year-old Edward faces his final chapter while Will gets ready to face fatherhood himself. Returning to his teenage past, Edward spins larger-than-life stories of fairy-tale encounters with a Witch, a Giant, a Mermaid, and the love of his life, Sandra. Determined to find the truth behind Edward’s tall tales, Will embarks on a journey of his own to uncover the secret his father’s stories are hiding. Overflowing with heart and humor, BIG FISH is the extraordinary story that reminds us why we love going to the theater – for an experience that’s richer, funnier and bigger than life itself!

“As a director who has worked a lot with magical realism, I was drawn to the fantastical sense of wonder in BIG FISH and this production specifically,” said director Henry Godinez. “It’s a powerful, funny and heartbreaking story, filled with gorgeous music about the stories that truly define who we are and how we live our lives.”

BIG FISH performances are Wednesdays at 1 p.m. and 7:30 p.m., Thursdays at 7:30 p.m., Fridays at 8 p.m., Saturdays at 4 p.m. and 8 p.m., and Sundays at 1 p.m. and 5 p.m., with select Thursday 1:00 p.m. shows. As part of this year’s Chicago Theatre Week program, you will also be able to purchase BIG FISH tickets directly from Choose Chicago. Note that Mr. Gemignani will not appear in performances March 4 and 5. Single ticket prices range from $59 to $64, excluding tax and handling fees. Subscriptions for the 2023 are now available. Call for student, senior, and military discounts. On Wednesday and Thursday evenings there are a limited number of dinner-theatre packages available for purchase through the Marriott Theatre Box Office.

The post Big Fish, a Musical, Takes Stage at The Marriott Theatre appeared first on UrbanMatter.