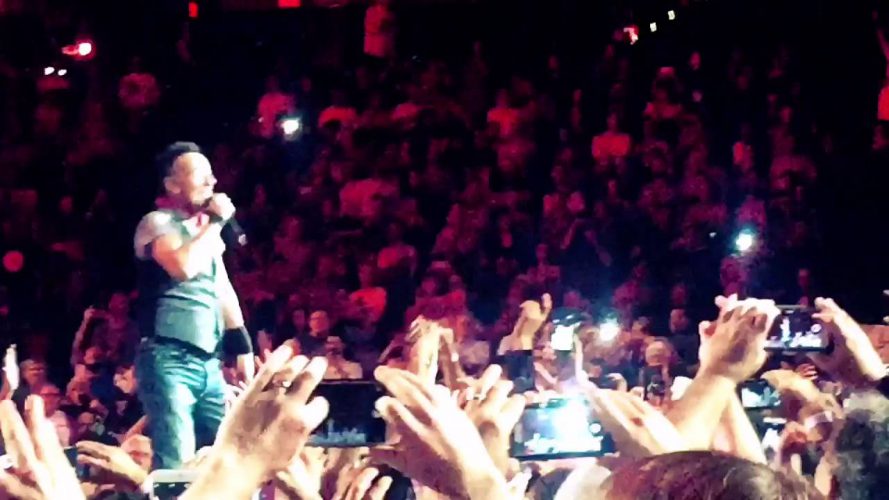 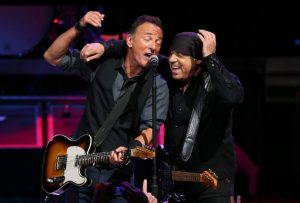 Bruce Springsteen and the E Street Band performed Tuesday night at the BB&T center in Fort Lauderdale, FL. They kicked the night off with Meet Me in the City, The Ties That Bind, Sherry Darling, Jackson Cage, and so on. The set list is comprised of the album ” The River” and is played in the same succession as the original 80’s album. Bruce Springsteen & the E Street Band are out on tour supporting Springsteen’s “The Ties That Bind : The River Collection” box set. This year marks the 35th anniversary of the original albums release. Shows have been lasting close to three and a half hours with over 30 songs performed. This tour is the first in two years and possibly the last tour with the E Street Band for a while as Springsteen plans a solo album for his next release.
Always a showman Springsteen interacts with his band and crowd which electrifies the stadium. The talent of the E Street Band featuring Steven Van Zandt, Max Weinberg, Nils Lofgren, Patti Scialfa, were amongst the performers Tuesday night.
Springsteen playing well loved music to the sold out crowd of cheering fans, most who were standing and dancing the entire concert. Bruce and the band never missed a beat. They rolled from one song to another with a comfortable, upbeat, party atmosphere that all loved.
Leave it to Springsteen to keep it fresh and new. In the middle of ” Everybody’s Got A Hungry Heart” he staged dove into the arms of awaiting fans. They carried him from center stage to front stage without missing a beat or a word of the song. “The River Tour 2016” will continue on until July 16. visit www.livenation.com for more details and concert information.